Birthday presents all wrapped and ready

Darren’s birthday was this week and he requested a cake with a creamy not-too-sweet frosting on top. To achieve said frosting I thought I would just utilize my mad  cooking skills and bake the man a cake all by my onesie–bahaha–bad, dumb idea, Kari Ann.

It started like this: I bought two boxes of chocolate cake mix and planned on making two 9″ round cakes to stack one on top of the other–no problem. I read the instructions carefully and even called Darren to verify our altitude to make sure I didn’t need to use the higher altitude instructions. The instructions said to divide one box of cake mix between two 9″ pans so that is exactly what I did–but the pans didn’t look full enough to me. So I, even though I have apparently never baked a cake before, decided to take the instructions into my own hands and poured the whole box of batter into one pan and mixed the second box for a second pan–perfect.

Both pans were filled almost to the top and I popped them in the oven with the timer set for 30 minutes then left the room. Soon, I could smell the cake cooking and it smelled so yummy and I started thinking about Facebook statuses like, “Just made the best cake ever–sooooo good!” Then I started smelling smoke.

I went to the kitchen to check on my perfect cakes and smoke was billowing from the back of the oven. You know how when some people freak out they spring into action and fix the problem on a rush of adrenalin? Ya, I’m not one of those people. I’m one of those people who completely freeze and lose all ability to think or function. So, when smoke is billowing out of the oven and my cakes are most likely on fire I stand frozen in the kitchen with my hands over my mouth trying to think. of. something.

I finally found my legs and opened the kitchen window to let the smoke out before the fire alarm starting blasting and opened the oven to find that my two cakes were both bubbling over and pouring a lava-like flow of cake batter all over the interior of the oven. There was so much cake batter on the bottom of the oven that it looked like I was cooking four cakes–two in pans and two on the oven floor. The cakes were bubbling over so badly I didn’t even know how to get them out of the oven. I finally maneuvered some baking sheets under the cakes and pulled them out one at a time. The batter on the oven floor was burning into blackened charcoal and filling the house with smoke so I had to get it all cleaned out before I could even think of putting the cakes back in. I scrubbed and scrubbed until it was all cleaned up and then emptied some of the extra batter from each of the pans before putting them back in to finish cooking. I had to keep opening the oven like I was burping it to let all the smoke out that kept building up. Once the cakes were finally done, I trimmed all the excess off and laid them face-down so you couldn’t tell how incredibly ugly they were then I piled them high with that special frosting that started this whole adventure. In the end, the cake didn’t look too bad and it tasted fine (I was sure it would taste like smoke).

When Darren finally got home from work we had a nice steak dinner together, opened presents, and enjoyed the cake of doom. Next year when Darren asks for a special cake, I going to march right down to the bakery and buy him one. I hate cooking. I hate baking. Most of all, I hate the smell of burnt cake batter. 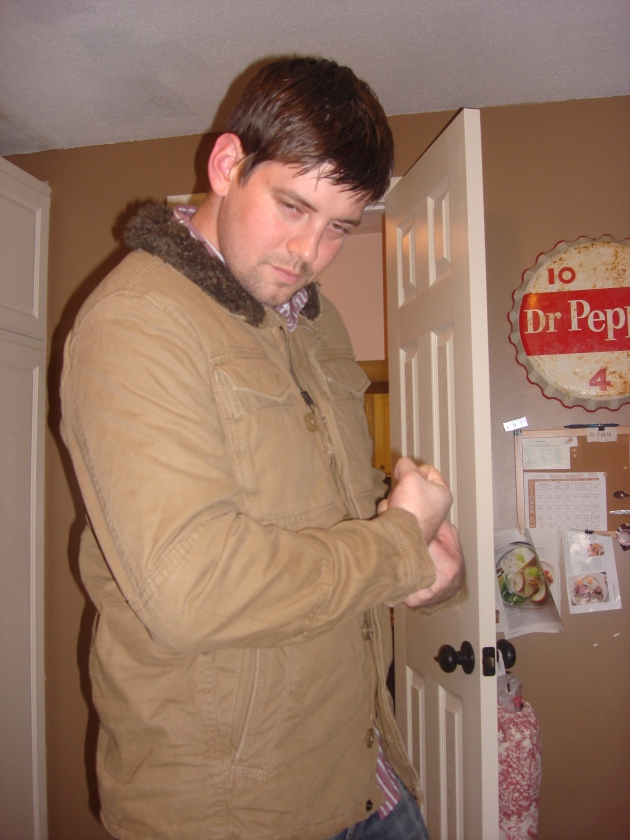 3 thoughts on “Baking and Other Bad Ideas”