It snowed again today. A friend of mine lives in Canada and told me once that waiting for spring feels like a woman waiting for the birth of a child. You wait and anticipate and have a date in mind when you think the journey should be done and that baby in your arms. You go into labor, or so you think, only to have everything stop…and you wait some more. 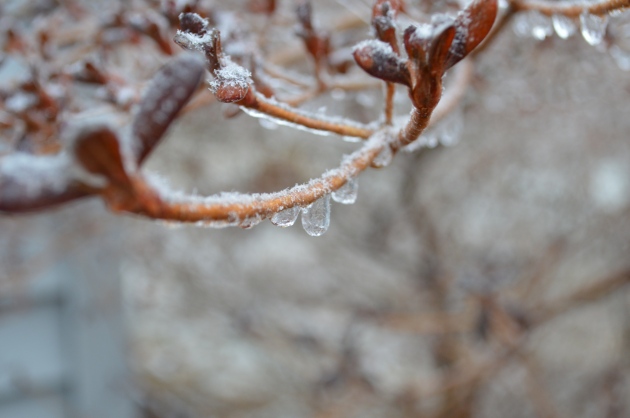 Spring, like babies, comes when it good and well pleases and not a moment before. But the waiting, the hoping, the thinking you’re almost there to have everything stop and start again—

Hope deferred makes the heart sick, but a desire fulfilled is a tree of life. Proverbs 13:12 (ESV)

Life lately has felt a little like labor pains. I know there are good things on the other side. I know the wait will be worth it. But sometimes it’s hard to keep believing in all I can’t yet see—spring, answers, new life in dead places, fruit for the labor that right now only blisters my fingers and leaves me weary in hoping for a someday harvest.

Like a woman waiting for a baby, I know false labor doesn’t mean the baby’s not coming—it just means the baby’s not coming right now. I’ve felt those false pains before and can assure you that all the promises in the world that your baby will still come and soon—just not today—don’t make you feel any better in the moment. False labor hurts just like real labor and the waiting hurts even more.

But this is where we live this side of heaven—in the now but not yet. We carry eternity with us every single day but cannot yet enter into it. We taste it, get glimpses of what is and what’s to come—but the satisfaction of true fulfillment is not yet in our grasp. We are always waiting for something east of Eden. 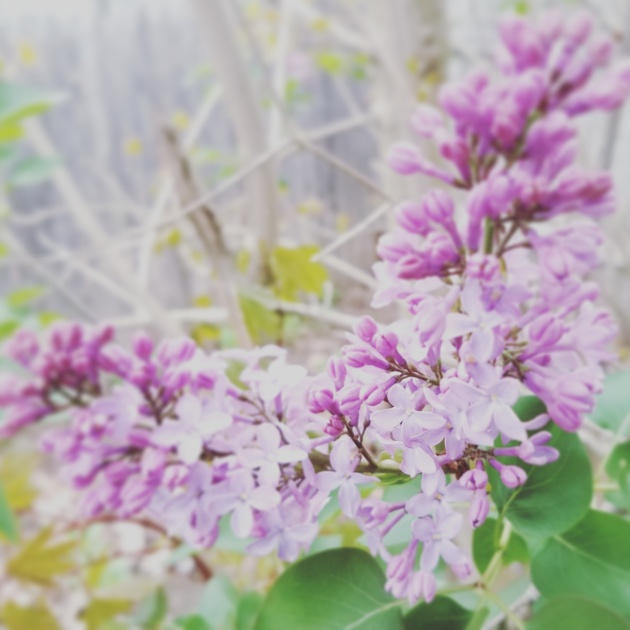 Questions unanswered. Problems unsolved. Planting seeds for the promise of life and growth tomorrow in exchange for sore backs and weary hearts today. We can get around a lot of things in this life but we can’t get around time. We can’t make it move faster or slower. We can’t hold onto it or demand it leave us alone. We are made for eternity and a different kind of time but are bound here in mortality for a little while and must learn to submit to the seasons of this life—both in nature and our sojourning hearts.

And let us not grow weary of doing good, for in due season we will reap, if we do not give up. Galatians 6:9 (ESV)

Today, I wait for spring. I wait for the fruit of my labor. I know I will get answers and someday I will see all of this waiting from the other side. Just like I hold my babies and think a million times over how they were worth the waiting and the labor (both false and real). So someday I will look back on a weary season of sore backs and blistered hands and know the harvest at my feet was worth the labor and the waiting.

We journey on. Let us not grow weary, friends.

One year ago today I found out I was having a little boy. I was disappointed. I had wanted a girl—deeply, almost desperately wanted a girl. It’s not that I don’t like boys just as much, but there’s just so many of them in my life. Five brothers. Loads of nephews. I love every man and boy in my life and wouldn’t trade any of them for a girl, but still…I wanted a daughter. I wanted some girl time. I wanted flowery dresses and mommy/daughter fun.

So when the ultrasound tech said with all kinds of enthusiasm, “It’s a boy!” I faked a smile and fought back tears. I pretended to be happy. I called my family and faked excitement as I gave them the news. And when all the calls and pretending were done, I sat in the car and cried. I felt horrible, selfish, and ungrateful. I had a perfectly healthy little boy growing away and all I could do was cry about not getting what I wanted. But it was more than that.

This desire for a daughter was so deeply rooted in my heart that I honestly didn’t think God would deny me. And when he did, I felt like I was being taunted. Why had I wanted a girl so much if I was just going to be told no? Why couldn’t I will myself to want a son just as much as a daughter?

That night we went to dinner with Darren’s family to celebrate. We opened gifts of blue and cowboys and I felt a million miles away. I didn’t want to be there. I didn’t want to celebrate. When we left the restaurant the whole sky was robed in pink with the sunset; and I thought again that God was making fun of me with the world dressed in pink. Darren and I went to the mall after that to buy the first outfit for our baby boy—blue jeans, blue shirt, blue, blue, blue.

When we finally got home, I lay in bed and cried. Was I spoiled and wallowing in my own disappointment at not getting what I wanted? Probably. I have friends who want children but have instead faced infertility, miscarriage, and stillbirth. Though my heart hurts for them, I can’t pretend to understand what they’ve been through. And I’m sure I, with my perfectly healthy baby, must sound incredibly stupid and selfish complaining about something as simple as the specific gender of a child. I knew it then and I know it now and yet I couldn’t will myself to feel differently at the time.

But I have learned something since this day last year. I have learned from experience that sometimes what I want is not nearly as wonderful as what God wants to give me. Sometimes my plan isn’t best. Sometimes God withholds one thing to fill my heart and arms with something I didn’t even know I needed or wanted. God is, in fact, smarter than me.

The other night I sat on Roman’s nursery floor holding my sleeping boy in my arms. He was done eating, I could have put him to bed and gone to bed myself but I just couldn’t put him down. I wanted to hold and snuggle him because already he’s growing and changing so fast—it makes my heart hurt realizing I won’t always be able to snuggle him close in my arms. Once I had put him down and gone to bed, I lay there thinking about how I had once been disappointed over him, how I had thought I wanted something else. And I cried again, not out of disappointment, but out of disbelief that I had ever thought he wasn’t enough, wasn’t what I wanted. And I was thankful that God knew better and gave a gift I cannot deserve.

When I hold this child, this child who I once cried hot tears of disappointment over, I am thankful that God loves me enough to not always give me what I think I want. Somehow I think learned love is even better than love that comes naturally. When you have fought and worked for something, it means more to you than things simply given. I didn’t know if I would love my son as much as I would have loved a daughter, that’s the truth. But I can tell you, now that he’s here, I wouldn’t trade him for a dozen daughters and I can’t imagine loving any child more.